Our genes make us who we are. Whether it is how we look or what our habits are, our genetic code is a kind of sensitive data that might be facing the danger of revelation in the wrong hands.

Table of Contents show
1 23andMe and History
2 Spit it Out The Working
3 On Sale: You
4 Pirated Privacy
5 The Reverse Card
6 Genes: The Strands of The Future

23andMe is a private biotechnology company that deals with genetic data and it is based in Mountain View, California. It is mainly popular because of it’s easy home-testing DNA kit that allows you to share your genetic information. Therefore, revealing facts about your ancestry as well as personality traits and health risks.

Many customers have been connected with their long lost relatives and adopted kids through the genetic profile provided by 23andMe. And why 23? Because of the 23 pairs of chromosomes in a normal human cell.

In 2007, it became the first company to begin offering autosomal DNA testing for ancestry. Its saliva-based direct-to-consumer (DTC) genetic testing business was named “Invention of the Year” by Time magazine in 2008.

Spit it Out The Working

These DNA testing kits are the most popular and affordable ones in the market. The customers receive a testing kit in their homes where they collect a sample of their saliva, and they send it to the office for genetic testing.

Once testing is done, users receive a comprehensive report about their ancestry and even sometimes their health and traits. 23andMe recently slashed their prices from $299 to only $99 while the deCODEme charge $1,100 for a similar service.

The company is either losing tons of money, or its priority is not genetic testing but profiting from it. But what can be more valuable than profit? Their accumulation of genetic information and its ever-growing database is more priceless than some simple direct-to-customer business.

In fact, 23andMe does participate in biobanking- the storing of physical genetic samples of customers. This, along with the analyzed data, stays even after customers delete their accounts. The policy doesn’t clearly explain the biobanking, but it has the right to “access and analyze your stored sample.”. This gives the company a lot of to what they can do with your sample in storage.

“The product isn’t really a kit…the product is you,” claimed Popular Science. It has been speculated that the company’s long-term goals include selling your data to other companies. This could be done for advertising purposes, but the possibilities are endless.

While DNA testing kits are marketed toward the public as a private way to learn about ancestry and personal health. A quote from a 23andMe board member has garnered speculation about the real intentions of these corporations: “The long game here is not to make money selling kits, although the kits are essential to get the base level data you have the data, [the company] does actually become the Google of personalized health care.”

Like Google, 23andMe and other companies databases of DNA could make health information more easily accessible. Their personal genetic information can help them sell products based on their health results. For example as Google analyzes search preferences to show personalised ads to consumers.

In 2015, it made a business decision to pursue drug discovery themselves. One of their main focuses is a cure for Parkinson’s disease, and they are utilizing the 23andMe database for it.

The company also set up research agreements with the pharmaceutical company Pfizer to explore diseases with genetic underpinnings. For research purposes, although customers can also opt out of it. Hence about 90 percent of customers have opted in, 23andMe says.

On July 2018, 23andMe announced it’s partnering with GlaxoSmithKline. This will allow the pharmaceutical company to use the test results from its 5 million customers to design new drugs. The company also collaborates with academic and government scientists.

It would be helpful to add that 23andMe collects not only genetic and personal information from customers who order DNA tests, but also data about other behaviors that they capture through the use of cookies and through its smartphone app.

These kits claim they sell only aggregate information, but their policies could evolve as the database which collects more information. So, it is quite clear that 23andMe is spinning a lot of plates with the help their customers’ genetic database.

Many companies, like the pharmaceutical industry, insurance as well as law enforcement, have an interest in such datasets. 23andMe might be quite vulnerable to risks of data breaches. 92 million accounts from a similar service called MyHeritage were hacked in 2018.

Now that personal genetics has become public with widespread genetics testing, privacy is in question. As the focus shifts from serving consumers with copies of their data to serving the multi-trillion dollar healthcare industry, privacy and open data advocates are getting concerned.

Personal genetics is scary new territory, with almost zero laws and binding mechanisms that guide the actions of customers and companies alike. 23andMe has been accused of inaccuracy and overestimating the significance of its reports. Moreover, the data they provide only ends causing mass panic among families with no accountability from their end. The genetic probability does not stand true for the overall probability of a person developing a disease or having a painful future.

As genetic testing becomes more common and the data passes through more hands, there’s an increased chance that the data could accidentally leak out. Speculations suggest that this development of a mass genetic database can be further used in genetic discrimination.

This means that such private genetic information can lead to discrimination like stopping an insurer or employer from covering or hiring someone because their DNA indicates a high risk of a disease or an undesirable trait. These are clearly uncharted territories, with regards to laws and ethics revolving around personal genetics.

With companies like 23andMe and Ancestry.com, we are entering a new era of personal genetics as big business. Scientists are already making breakthroughs in age reversal technology and human cloning. In the future — when these technologies become possible — 23andMe could sell young DNA samples back to the user or use genetic information for these types of sciences.

Youtuber and conspiracy theorist Shane Dawson explored the parallels and connecting dots between Google and 23andMe because Google is yet another superpower that has sensitive personal data of billions around the globe.

Now, Google has invested $3.9 million into 23andMe. The co-founder of Google, Sergey Brin was previously married to Anne Wojcicki, who runs 23andMe. Wojcicki’s sister is the CEO of Youtube, Susan Wojcicki. Now, these corporations wil know literally everything about you: your daily activities, your purchase patterns, search history, location, and now, even your genetic makeup and health details.

Dawson claims that sharing of such data could be the building block of age reversal technology in the future. “This is something that is in effect right now. Doctors are trying to figure out how to reverse the process, how to make people live forever,” he said. And what they do need for this?

A DNA sample from when you were young. That is why the targeted audience is mainly the youth, with an overflow of posts and reveal videos on social media platforms and channels. Many influencers have referral codes and discounts so that their followers can do the tests they did, and so, 23andMe ends up with a wide genetic database.

Genes: The Strands of The Future

The popularity of these easy-to-take ancestry tests is undeniable, and there is much hype around finding new roots you didn’t know you had. But hardly does one think of the larger ball game. Genetics has never been seen as such a serious matter of security and privacy, and surely developments in this field can lead to a different kind of life itself. Recently, the Golden State Killer was caught with the help of a genealogy database in which a relative of his found their DNA matched.

So, the sharing of your genetic profile compromises not only yours but the privacy of your family for generations. But at the same time, places like The Innocence Project, which uses DNA to exonerate people who were wrongly convicted, can really help use genetic data to broaden the path of justice. This field of DNA testing comes with a whole new spectrum of data and if handled the wrong way, the consequences can harm the entire human race.

Denver Airport or a secret center? 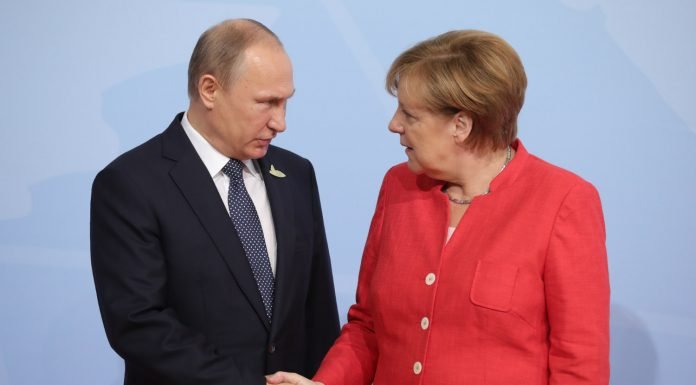 Is Angela Merkel a Russian Agent?