Federal Emergency Management Agency is an agency under the jurisdiction of United States Department Homeland Security. It’s headquarter’s in Washington D.C. FEMA was established in 1979.

Its primary purpose is to coordinate a response to a disaster occurring in the state. In order to its working, the governor of the state in trouble must declare a state of emergency and request the president of FEMA and the federal government to respond to the disaster. On the ground of disaster, FEMA provides state and local government with experts in specialized fields and relief funds for infrastructure.

For example, in the cases of California wildfires, Hurricane Maria, Hurricane Harvey, Buffalo Snowstorms, Southern Florida Hurricane etcetera has an annual budget of 18 Billion Dollar which is distributed in distinct states according to the past history of the state. It is responsible to set up programs to take action before the disaster in order to identify risks and reduce injuries, loss of property and recovery time.

But in 2002 I was made as a component of the Department of Homeland Security. It’s the largest flood insurer, as the private insurances in the USA don’t offer flood insurance. People around consider FEMA is more of like a threat than a boon.

More than 800 prison camps are discovered in the United States. They are heavily guarded by the national guard full time but are vacant all the time. These camps are run by FEMA.

These camps have railroad connections, roads, and highways leading straight into these camps. These prison camps can house 20,000 plus people in their warehouse buildings and are secured by national guards. The biggest of all the camps is in Alaska as well as Los Angeles and can house up to 2 million people.

Obama And His Plastic Coffins

Obama has been operating behind the scenes to prepare an action in case of a revolution, but kill many of its participants. The first action of this plan would be to disarm the people of the state, throw anyone who is a threat would be sent into detention center of FEMA.

These so-called “FEMA Internment Camps” are supported by the presidents of the state. In a report, it is claimed that the Obama Administration had quietly ordered more than 500,00 disposable plastic coffins that are stacked up in these concentration camps “just in case something bad happens”.

Agenda 21 was developed by the United Nations to restrict the world population to lessen the environmental impact and get a good quality of life.

It is vague and depopulation and stop overpopulation would lead to instability. United Nations Department of Economic and Social Affairs, Division for Sustainable Development plot to depopulate 95% of the world by 2030. Depopulation might be a reason for the rising of these camps.

These camps are way too close to the major cities, therefore transporting people won’t be a problem at all. Special training and protocols must be put in place to prepare to capture the people and put them in these deadly camps. This means, all the families in the USA could be sent to these kinds of camps in this event. 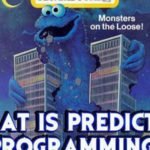 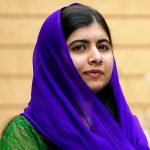