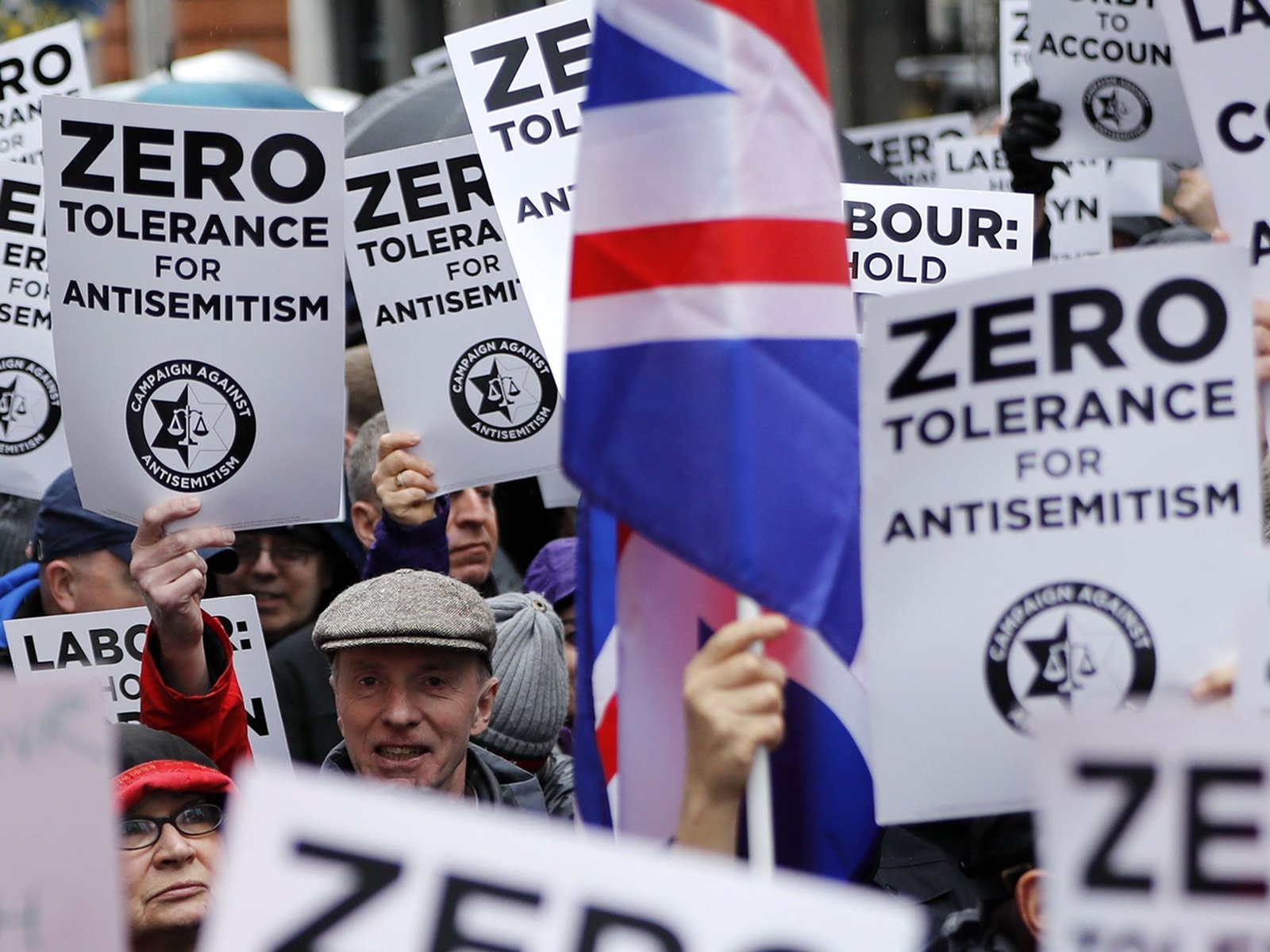 Imagine some catastrophic mass slaughter wiped off one third of your people off the planet, and there is a crowd in the back shouting that your people never faced such a genocide. That is Holocaust denial.

Table of Contents show
1 Hitler’s Bloody Final Solution: Holocaust Denial
2 A Revision of The Truth
3 The Blame Game
4 Your truth or mine

To start off, let’s build up some background. What is the Holocaust? Adolf Hitler rose to power in Germany around 1933 and was the leader of the National Socialist German Workers’ Party, commonly known as the Nazi party. The government took steps to exclude Jews from society, as they believed the Jews were responsible for their defeat in World War I. They started boycotting their businesses, introducing anti-Semitic laws, and this slowly led to The Holocaust from 1941 to 1954. Also termed as the “Final Solution”, the Holocaust was the mass genocide in which Nazi Germany, with its collaborators, systematically murdered some six million Jews—around two-thirds of the European Jews. From deporting them to the ghettos, stripping them off of their basic human needs and inducing forced labour, to killing them in gas chambers and conducting mass shootings, the Nazis were neck deep in the blood of 17 million deaths overall.

A Revision of The Truth

Then comes in Holocaust denial, the act of denying the genocide of Jews in the Holocaust during World War II. Holocaust deniers generally do not accept denial as an appropriate word and prefer revisionism instead, who challenge orthodox interpretations of history, and update it with newly discovered, more accurate, or less-biased information. . Although some do not deny the Holocaust as a whole, they do bring forth arguments about certain parts of the event like the Nazi regime only meant to deport Jews from the Reich (former German state) and did not cause any extermination, or that the Nazis did not use any gas chambers and extermination camps, or that 6 million number is tweaked up because the actual death toll is only one tenth of that.

Now, for deniers to be right, who needs to be wrong? First and foremost, the people who actually went through this gruesome event so namely, the survivors and the perpetrators. Deniers’ claims include discrediting the testimonies of survivors as they are “filled with errors and inconsistencies” and their prisoner numbers are fake tattoos. They believe the confessions of Nazi prisoners have been forced by means of torture, and that stories of the Holocaust were a myth initially created by the Allies of the WWII Ato demonise Germans.

Taking the blame away from Hitler’s death squad is easy but pointing their accusatory fingers at the Jews themselves, the primary race who were killed in millions, is the hard part. And that is exactly what Holocaust deniers do. These people stand strong in the belief that the Holocaust was the Jewish race’s evil little game. The central motive of the Jews, they believe, was to portray themselves as the  victims when they were actually the victimisers. Harold Covington, the head of the National Socialist White People’s Party was quoted saying, “Without their precious Holocaust, what are the Jews? Just a grubby little bunch of international bandits and assassins and squatters who have perpetrated the most massive, cynical fraud in human history.”

But we might ask the deniers, if the Holocaust really did not happen, why would any group concoct such a horrific story? To this, they also have an answer.

Lets build some background for this. Once the Jewish community in Europe were thrown out of their homes around the Nazi regime, they found themselves fleeing for safety to Palestine where the Jews saw Judaism as not only a religion but a nationality which deserved a proper nation of their own. With the sudden surge in Jewish immigration, they wanted the division of the land to form the state of Israel, which would be the Jewish state and Palestine, the Arab state. This led to a lot of conflict between the two communities, resulting in violence and destruction.

Hence, Holocaust deniers declare the Holocaust as a hoax crafted by the Jews against non-Jews for monetary gain which will aid their cause for the establishment and sustenance of the Israeli state – a sustenance that costs the American taxpayer over three billion dollars per year. A 2011 report said, “Jews are thus depicted as manipulative and powerful conspirators who have fabricated myths of their own suffering for their own ends. According to the Holocaust deniers, by forging evidence and mounting a massive propaganda effort, the Jews have established their lies as ‘truth’ and reaped enormous rewards from doing so: for example, in making financial claims on Germany and acquiring international support for Israel.”

The Diary of Not Frank

One of the facts that itch the deniers most is the “6 million figure” because the 1940 edition of the World Almanac listed the world’s Jewish population at 15,319,359. So, how come there were more Jews after WWII than before?

Historians immediately point out that the number is increased and was taken from an erroneous Senate Judiciary Committee report. The 1949 World Almanac would instead see the figure of 11,266,600, along with a revision of the 1939 population, before the Holocaust, upwards to more than 16-and-a-half million. So yes, the population did get cut down after the Holocaust by nearly 5 to 6 million.

The commemorative plaque at Auschwitz has also set fired from questions from the deniers. Although it originally stated the death of 4 million, that plaque was replaced with a new one in 1991 listing only one and a half million victims, “a majority of them Jews.” This revision done by the Auschwitz State Museum was under scrutiny as they wouldn’t explain their sources and facts. Yes, the actual numbers were inflated, but not by Jewish historians but by the Soviets for propaganda purposes.

The use of Zyklon-B, a highly poisonous insecticide, in the gas chambers has been questioned by the deniers. The Institute for Historical Review, a denial organisation, refers to a confession from Rudolf Hoss, the Nazi commandant at Auschwitz: “Hoss said in his confession that his men would smoke cigarettes as they pulled the dead Jews out of the gas chambers ten minutes after gassing. Isn’t Zyklon-B explosive? Highly so.

Others have criticised the innocent Anne Frank‘s diary, contending it was a postwar forgery.

The Holocaust is the most well-documented genocide of the world because the Nazis themselves meticulously kept records of everything they did. But time and again, Holocaust deniers have claimed these very facts and evidence to be impossible or not substantial enough. However, independent research has shown these claims to be based upon flawed research, biased statements, or even deliberately falsified evidence. Opponents of Holocaust denial have documented numerous instances in which such evidence was altered or manufactured (check out the Nizkor Project and David Irving for some more revealing).

For better reference, one of the most important event in the history of countering Holocaust Denial is captured in the movie Denial (2016). It talks about how renowned Holocaust historian Deborah E Lipstadt battled for historical truth to prove the Holocaust actually occurred when David Irving, a renowned denier, sues her for libel. As obvious, she won. But this was the start of a whole new war.

Crime and time and deny

Currently, Holocaust Denial is considered a serious societal problem in many places and is illegal in 16 European countries and Israel. This criminalisation of simply denying someone’s truth has received much heat from deniers and Holocaust supporters alike. If anything, it has caused people to question if the antisemitic Jewish conspiracy is actually true: “To learn who rules over you, notice who you cannot criticise.” Even Lipstadt herself believes this law is against the freedom of speech and expression. Even though governments do limit free speech, Lipstadt said, “the limiting of ideas, even the most obnoxious hate inspired ideas, is not an activity we should allocate to the government”.

After David Irving was released from jail, he was seen as a martyr of free speech and was even invited to the Oxford Union in 2007. The debate here isn’t just about a single historical event, but of truth itself. A truth so well documented and having so much evidence and research to fall back on is the same truth that needs to be protected by laws that criminalise the scrutiny of it. Is a truth so fragile a truth at all?

Facebook founder Mark Zuckerberg is noted to have taken a stand in this matter when he declared that Facebook would not take down speech denying the Holocaust because it “prioritizes allowing people to express themselves, even if they get things wrong.” Being Jewish himself, he personally finds denial “deeply offensive” but simply shutting down the freedom of people to speak up their minds because their ideas don’t sync with that of others is an even more dangerous world.

Your truth or mine

I first read about Holocaust in my history books and took the facts in as readily as I breathe. Not a word ever questioned. But Holocaust denial and the debates behind it opens up windows, doors and whole walls that question if we are in control of our own truth. What you believe in shouldn’t be a book written by someone else.

It sure is weird to live in a world where truth and facts are under assault, and what we believe in is in question. But it takes a darker turn when the apparent truth is not allowed to be debated, when governments and so called justice systems are persuaded to adhere to the machinations of a few that want this to be put beyond reproach and debate. Where somethings will never be questioned, never argued. “Freedom of speech means nothing unless it includes the freedom for offensive people to be offensive. We, who are offended by them, must accept that as a cost of living in a free society,” Lipstadt said.

For being the best documented genocide in the world, the Holocaust sure still has a lot to prove. 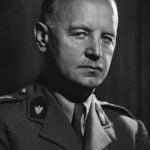 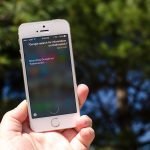