Have you ever remembered something happening vividly only to be proven wrong by facts that state otherwise?
Of course, you’re not alone, this absurd phenomenon is called the Mandela Effect.

Table of Contents show
1 What is the Mandela Effect?
2 Examples on it:
3 My real Experience:

What is the Mandela Effect?

Mandela Effect is where a person or a group of people collectively remember something happening to them or around them. They then realize that it might never have happened in real life. In short, it is evidence that you may have experienced events from a different reality. Many of us, mostly strangers, remember the exact same events with the same details. Even more weirdly our memories are different from what’s in books, newspapers, and so on.

Now while many of us might find this nothing but mere persuasion or simply people being influenced, it’s not. I’m sure that many if not all people remember “Looney Toons” instead of “Looney Tunes” or “Sex in the city” rather than “Sex and the city” or the classic “Berenstein” or “Berenstain” bears.

The term originated when Nelson Mandela died on 5th December 2013. And no, that’s not it because I, like many others remember him dying in the prison in the 80’s so clear that my teacher even mentioned that he’s dead when I was in grade 2 (2007). It’s basically naming “false memories” which I don’t believe are false but can’t be proven true if we wanted to.

Ever imagined waking up in a world where everything is the same except slight changes that you or a bunch of people remember. As a kid, I constantly had to visit the hospital and have X-rays of my body. For some reason or a project of mine I Googled images of a human rib-cage, and wait; before I continue what do you guys remember the rib-cage to be like? Attached or open? I clearly remember it being open and every single image on Google showed a closed rib-cage. This left me terrified and I quickly rushed to check the X-ray of my rib-cage only to find it completely opposite to what Google showed me. I couldn’t believe my eyes, to say the least, apparently, there was never a rib-cage that existed which was open.

After that incident, this led me to do complete research on Mandela Effect during that time. I left my x-ray there only to check the same X-ray a year later looking exactly like the rib-cage shown online. I couldn’t trust my own body or the universe. Evolution probably took a different turn in an alternate dimension or even universe…. the universe? Interesting. Let’s save that for another day in another universe or maybe even a parallel one, because after all, who knows? 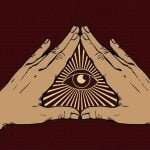