It’s rightly said that Indian blood has its own uniqueness and quality. The days when Indians were struggling to make their country an independent nation of its own, there were fighters fighting anonymously abroad which aided our freedom struggle. A similar struggle was what was termed the Hindu-German conspiracy.

Formation Of The Ghadar Party

At that time, few Indians, most of which were trained farmers or educated elite class, left India and went for looking jobs in California. Few of them even made it to the Ivy League universities, like Nath Das and Sohan Singh Bhakta. Eventually, the American Revolution became their inspiration, and Indian independence became their goal and endpoint which led to the formation of the ‘Ghadar Party‘. The founder of the Ghadar Party was Sohan Singh Bhakna, followed by Kesar Singh And Kartar Singh Saraba.

“We were not Sikhs or Punjabis. Our religion was patriotism.”

In 1914, Mahatma Gandhi and Annie Beasant led the Congress Party of India, which was giving full support to England which led to the conscription of more than a million Indian troops. The Ghadar Partry was against the shedding of Indian Blood for the British as they fought in the name of Britain. So to oppose this they started a weekly newspaper named The Ghadar, which gained a lot of popularity.

As a result of the unjust and brutal behavior of the rulers on Indians, the Ghadar Party contacted the German officials and troops. Germany decided to be a friend at that time as it was more interested in destabilizing Great England than helping India. Therefore, it decided to supply funds and arms which were then sent to India with the help of the Ghadar Party.

The British government became ferocious that the United States was taking no action against the conspiring souls of Indians and Germans in the form of the Ghadar Party, which was flourishing on its soil. Therefore, under the pressure of Britain, a hundred and five Indian nationalists were convicted and arrested by the US Government. Thirty-five were even tried and killed under the case for Hindu-German Conspiracy. This included nine German, Nine Americans, and seventeen Indians.

The Brutal Trial Of The Ghadar Party Members

The Conspiracy Trial was initiated in the District Court of San Francisco on November 12, 1917, when they found out about the Hindu-German Conspiracy (also known as the Indo German plot) of those who were planning to initiate a revolt in India.

In May 1917, eight nationalists of India belonging to the Ghadar Party were called by a federal grand jury and the charge on them was that they formed an undercover secret agency against the United Kingdom. The British authorities hoped that the conviction of the Indians would result in their departure from the United States back to India. However, this was not the reality as there was strong public support from the US justice which supported the Ghadar party.

States Marshal James H. Holohan killed Singh as he was firing brutally within the courtroom, which eventually dismissed the Ghadar Party, putting a tragic full stop to the Hindu-German Conspiracy.

“We in India are endeavoring to do just as America did in 1776. While George Washington was struggling at home, Benjamin Franklin was seeking aid in France.”

You may also like to read this article about the Reptilian elite. 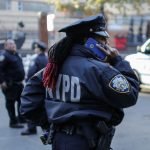 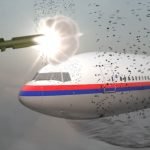