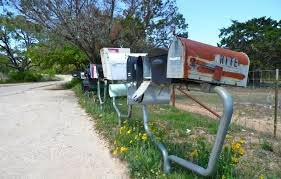 In 1976, the peaceful community of Circleville, Ohio, started receiving threatening and sometimes sexually explicit, letters in their mail. All were postmarked from nearby Columbus, without a return address, and were full of personal details by the mysterious writer who claimed to be “watching them carefully”.

One such case was the reason behind why the Circleville Letters reached widespread interest. The most interesting and dangerous letter was sent to a local bus driver, Mary Gillispie, accusing her of having an affair with the superintendent of school.

Mary hid the letters as they came, keeping a close eye on her everyday activities in hopes of spotting the writer. Soon enough after the first letter Mary’s husband Ron received a letter as well, and as in all small towns, news of her affair spread like a fire. The letter that Ron received was less pleasant, warning him that if he did not stop the affair, he would die.

They both did their best to ignore the threats, until another letter arrived that was not more threatening. At that time no one knew how serious these letter were, until Mary received another letter.

By now the couple was sure that the writer was someone close to the Gillispie family, Marry and Ron gathered their loved ones and tried to figure out a list of suspects. Among those who were gathered were Ron’s sister and his sister’s husband, Paul Freshour. There was a lot of chatter that Paul was the writer to these letters. After this, soon enough the letters stopped.

In August, 1977, the horrors began again, and this time, they hit home. A telephone call received by Ron made his blood boil. He was so infuriated that he grabbed his gun and stormed out of the house in rage. Till today nobody knows who the caller was, but people were quickly assumed that it was the Circleville Letter Writer.

Few hours after the phone call, Ron’s truck was found crashed around a tree, with Ron inside and dead. A fire was also shot from his gun, though no one had heard it, and the officials were quick to rule his death as an accident. After post-mortem was done, the reported stated that the alcohol level in Ron’s body was 1.5 times the legal limit, although friends and Family claimed Ron was never a heavy drinker.

This information angered the Circleville Letter Writer, who quickly attacked the Sheriff with letters accusing him of a cover up in the case.

Ultimately, Mary admitted to the affair, though clamming that it had started after the first letters were sent to her. After this confession she managed to keep her job, but the letters continued some even addressed to her daughter. After six years, the mysterious writer took things one step further. He began putting up posters along her daily route for the world to see.

Mary, finally tired of the harassment, stopped her bus and stormed towards one of the signs, ready to take it down. When she noticed that the sign was attached by a string to a box, and when she opened the box, she revealed a gun pointed right at her. If she had pulled out the sign completely, the gun would have fired and probably killed her.

Sacred Mary immediately reported the incident, and when authorities inspected the weapon, they traced it to Mary’s now former brother-in-law, Paul Freshour.

Paul was trying his best to prove his innocence, and he even went as far as telling the Sheriff that his gun had been stolen. He was given handwriting test to determine if it matched that of the letters.

Nevertheless, Paul was arrested, and charged for attempted murder. He was never charged with writing the Circleville letters, the court ruled against him, and he was sentenced to prison.

The people of Circleville thought that the letter spree was over and they could breathe a free life, but little did they know that the horrors would continue. Even though Paul was locked away the letters continued to haunt the residents of Circleville. What made things worse was that Paul himself received a letter from the unknown writer.

The later stated: “Now when are you going to believe you aren’t going to get out of there? I told you 2 years ago. When we set’em up, they stay set up. Don’t you listen at all?” although many people saw this a way of saying that Paul was indeed innocent, the authorities were not convinced, they were still certain that Paul was somehow behind everything that was happening and all this was pre-planned.

There were many accusations and conspiracy theories, but the most noticeable was the letters sent to the Sheriff Dwight Radcliff, who he claimed was running a career long cover up of corruption. This included hiding many of the letters people received to cover up allegations of child molestations by a county coroner and the district attorney (the same one who prosecuted Paul) of impregnating a school teacher and having her murdered. In the letters it was said that, Radcliff was covering up crimes to decrease his town’s crime statistics and further his career.

Till today, there has been a huge debate on who was the Circleville Letter writer was. Over the time there have been a lot of theories on who it can be but the authorities claim that it was Paul who did it. Though without having much evidence we cannot be sure who it was. 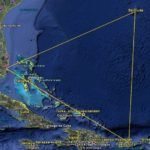 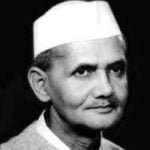