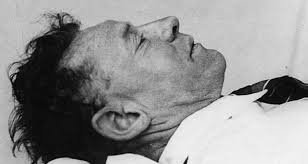 Neil Day a young jockey from Adelaide, Australia was riding his horse on 1st December 1948 on Somerton beach. It was around 6:30 a.m. when he discovered the body of a bald man wearing a brown suit. Although the man was clearly dead, he was lying on his back against a wall and seemed to be staring at the sky. There was no identification on the body. Thus, officials never identified the cause of death. After months the officials found a clue. It was a piece of paper with the words “Tamam Shud”, meaning ‘the end’. This case is also known as Somerton Man.

On the night of November 30, 1948, few passers-by saw a man who looked like the dead man found by the jockey in the morning. The witness said that they did not get a very good look at him, but it was the same man from what they could tell. Witness saw him around 7:00 p.m. but there was no discernible movement. One witness said he had wondered if the man was alive, assumed he was drunk.

The man wore a suit, which pointed to a marginal amount of prosperity. A British cigarette, not from Australia, was laying behind his ear. Another half-smoked cigarette of the same brand nestled between his cheeks and collar. Interestingly, a pack of those cigarettes placed in the case of a cheaper brand was in his pocket. The investigators found a few more items in his pockets: a book of matches, a used bus ticket to Glenelg, and an unused train ticket to Henley Beach.

All tags were removed from the man’s clothing, making it difficult for identification. His shoes were suspiciously clean. Another, very mysterious, piece of evidence was found much later, in a hidden pocket in the man’s pocket. The evidence was a scrap of paper torn out from the said book “ Tamam Shud”. After investigating for a long time, the police were able to find the very book from where the words came. A man had found the book in the backseat of his car, with no explanation as to how it had come to be there. At the back of the book was some sequence written in pencil. The investigators believed it to be some kind of code, but it was yet to be cracked.

They also found a phone number of a woman on the back of that book, who allegedly lived and worked near that place where the dead man was found. Her identity had been concealed ever since due to various reasons. The only name that was told to the media was ‘Jestyn’. She once had the copy of “The Rubaiyat” and the police tracked it all the way to a man she had given it to years before. He still had the book and it was not unusual in any way. Authorities dismissed the women and the man as possible witnesses. They also dismissed the book, having no clear evidence that it was all really connected.

The reports about the dead body displayed some interesting facts-

As there was no evidence to pinpoint about the cause of death.  He was athletic, possibly a dancer or a runner. The doctor who performed the autopsy said that there was a presence of particularly dangerous poison that was very difficult to identify in the autopsy. The doctor said that maybe the death could have been natural. But there was no, they were able to find if the man was suicidal or not. Even if poison was found in his system, it did not clarify that it was a murder or not. In the end, it was declared that the cause of death is indeterminable.

Police did accept that there was a lack of i.d. to be evidence of suicide as he had minimal money and no wallet.

In the end, the case boils down to two things – a ton of evidence that leads nowhere and a lack of evidence that borders on the suspicion (missing clothes tags). Even the place of death is uncertain. Everything that came up about this case made it more interesting and mysterious. Seventy-one years later and it still does not make any sense in any way. Though people have also said that it may be a matter of some government conspiracy, but nothing was ever proven. 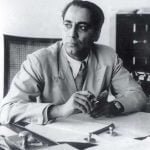