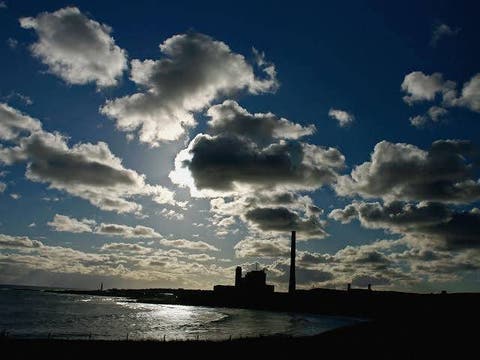 Weather Control: A reality of fakeness

For anything that we do, we consciously or unconsciously let the weather decide our choices. Be it to travel, to buy some clothes, to cook some food, we only choose what would fit the weather. That is why when it rains, we cancel hiking trips and stay indoors eating warm pakodas. When it is spring, we go out shopping for light cotton apparels and travel to some cooler places.

All this time, we have known and accepted that climate is something we cannot control but we must endure. However, with the consequences of global warming and climate change kicking in, the climates have definitely changed for the worse. Countries all across the globe are hitting harsh temperatures and many are naturally places with brutal climates. The droughts in Middle East, and frequent floods and lack of groundwater in India are just a few examples of devastating weather conditions. Perhaps, mankind taking the reins of weather is the next big step to make Earth more hospitable. Or is it?

is the act of intentionally and externally manipulating the weather of an area. Although the information about weather control is more widespread now, such practices have been long in existence. In many cultures, there were practices to manipulate the weather in their own ways, including the Indian Vedas which had rituals of chanting mantras and offering to bring sudden bursts of rainfall in rain-starved regions. The early modern era saw people observe that during battles the firing of cannons and other firearms often initiated precipitation. In the 1940s, USA had started experimenting with weather modification techniques and in 1950s, they employed cloud seeding methods in the mountainous areas of the Rocky Mountains and the Sierra Nevada. Many conspiracy theorists believe that chemtrails, the while line of fumes that are left behind an aircraft, are a way of dispersing airborne chemicals that would alter the weather, control our minds or spread deadly viruses to make us sick.

Reins on The Rains

Nowadays, the most common way that authorities practice weather modification is cloud seeding, which is done to increase rain or snow in the dry areas. It increases the water supply and groundwater levels in that region. Cloud seeding entails spraying small particles, such as silver iodide, onto clouds to affect their development, usually with the goal of increasing precipitation. It was in January 2011, several papers reported that scientists backed by the government of Abu Dhabi had created over 50 artificial rainstorms between July and August 2010 near Al Ain, the second-largest city in the Abu Dhabi Emirate. Many consider cloud seeding as inefficient because the method only works when there is already water vapour present in the air. Hence, successful rain occurs in conditions which were going to lead to rain anyway.

Cloud seeding is used in a variety of drought-prone countries, including the United States, the People’s Republic of China, India, and Russia. Back in 1986, following the Chernobyl nuclear disaster, Soviet planes seeded clouds to stop radioactive particles from reaching Moscow via clouds. The practice, however, received worldwide attention after it was revealed that the 2008 Beijing Olympics used artificial rains to wash the air before the event. In reality, since 2006, China’s artificial rains sanctioned by the government have apparently increased precipitation by 55 billion cubic meters. In 2016, China allocated $30 million into weather modification to tackle drought. Currently, China has plans to use $168 million dollars to manipulate the weather conditions, like smog, and bring rain over the dry northwest areas. They are to employ 2,000 rocket-like devices to plant dry ice into the air which will prompt precipitation. Russia seems to be following suit, investing nearly $1 million in 2016 to keep nature from raining on their parade on the country’s May Day celebration. The Kremlin did this again for the country’s celebrations of the 70th anniversary of the end of the Second World War. Cloud seeding is also being made available to private individuals, “with companies offering the opportunity to have the weather altered for people’s weddings”, and other such occasions.

Weather modification can also have a defensive front, with the goal of preventing damaging weather from happening, like hail or hurricanes. One such attempt was Project Stormfury, which was a project undertaken by the US Government from 1962-83. It aimed to weaken tropical cyclones by flying aircraft into storms and seeding them with silver iodide. At the same time, such harsh weather can also be used as a military tactic and be weaponized against the enemy side. They can shower rains or other such weather upon the opposition, and such a tactic or economic warfare was used in Operation Popeye, where clouds were seeded to prolong the monsoon in Vietnam to deny the Vietnamese enemy the use of their roads. Operation Popeye is believed as the first successful practise of weather modification technology in warfare. However, legal actions have been taken to ban weather modification in warfare by the United Nations under Environmental Modification Convention.

Like the above-mentioned projects, there have been various other experimental attempts and projects done in the field of weather modification to find out better ways to bring about wanted weather. There form heavy water droplets and the storm is hence worn down. The theory is that the polymer is dropped into clouds to remove their moisture and force the storm to use more energy to move the heavier water drops, thus helping to dissipate the storm. An anti-hurricane technology was also developed, which includes diffusing sea water in the wind at the bottom of such tropical cyclone in its eyewall.

Such impactful advances towards weather modification, or rather, weather prevention, can be seen in the 2007 drama “How To Stop A Hurricane”. From the office of the National Hurricane Centre in Miami, the shows explored means to prevent disastrous hurricanes, like with the use of lasers to discharge lightning in storms, making them less likely to become hurricanes. One can also pour liquid nitrogen onto the sea to deprive the hurricane of heat energy since hurricanes feed on warm waters. Combined with computer modeling, an interference pattern can be created to inhibit the hurricane.

A strong weather controlling conpiracy theory surrounds the Alaskan radio science research facility called HAARP (High Frequency Active Auroral Research Program). It is funded by the Air Force, the Defense Advanced Research Projects Agency (DARPA), and the University of Alaska, and was forced to shut down in May 2013 for a while. Many claim that HAARP has been causing severe earthquakes, hurricanes, etc as they secretly practice weather controlling and also military operations. This does not help their case as the major goals of the program are indeed kept under wraps for alleged reasons of “national security.” HAARP’s website claims to the project aims to study radio frequencies in the ionosphere, an upper layer of the atmosphere. And Dr. Bernard Eastlund, a scientist who helped establish HAARP, claimed that their activites in the ionosphere would raise its temperatures by hundreds of degrees as well as althering wind patterns and solar absorption. He also claimed their experiments could distrupt as well as interrupt all forms of communication signals and eavesdrop on countless communication channels.

So, whether governments or the world tries to deny weather modification methods, it is clear that these efforts are in full swing. In fact, in 1975, the US and Canada entered into an agreement for the exchange of information on weather modification activity. It was in 2007 when identical bills were introduced in the US to establish a Weather Mitigation Advisory and Research Board to fund weather modification research. But why did such a need arrive in the first place? Global warming. Due to the unprecedented destruction of our ozone layer, Earth is facing climate change that the human race is not prepared to face. Even though governments can impose occasional weather changes, it is unlikely that in the long run, anyone can keep our planet from becoming a dangerous greenhouse. Since it is not in the hands of the public to perform any weather controlling voodoo, the least we can do is help prevent global warming in our small ways.

Oops, this content can't be loadedbecause you're having connectivity problems